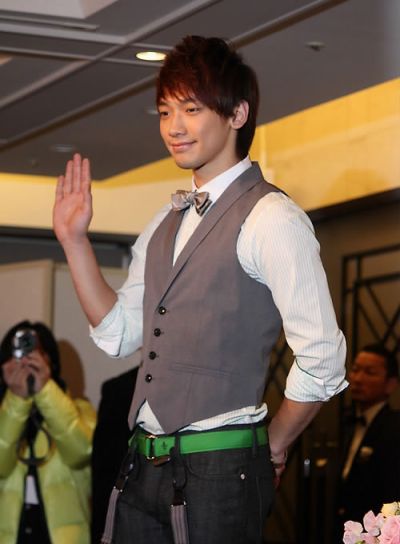 Singer Rain (Jeong Ji-hun, 27) flew to Japan Sunday for his first official schedule of the year. He was welcomed by 1,000 Japanese fans at the airport.

He released the Asia edition of his 5th regular album “Rainism” (released in Korea in Oct.) in Japan last Wednesday. He will hold a concert/fan meeting four times during his stay, twice Monday in Tokyo and twice Wednesday in Osaka.

He arrived late Sunday night at Narita International Airport to be greeted by 1,200 fans.

He will hold a press conference Monday morning at Hotel Okura Tokyo before the local media. His management agency J.Tune Entertainment says 200 Japanese reporters will attend the conference.

Upon its release last Wednesday, Rainism placed fifth on the Oricon charts. He will debut his new songs in the Japanese version during his 90 minute long concerts.