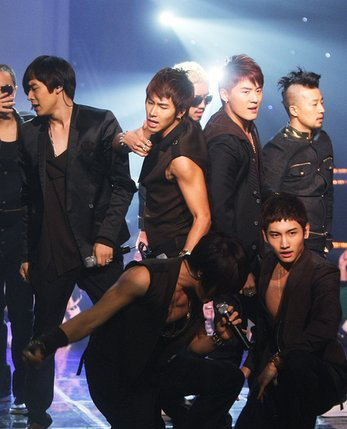 The popular boy-band TVXQ has displayed its ticket power yet again. The band has been invited to the 2009 Jingu Firework Festival to be held on August 6 under the auspices of the Nikkan Sports. Some 12,000 fireworks will light up the Jingu Stadium with singers performing live at four stadiums.

TVXQ will perform at the National Stadium, which can accommodate 50,000. Tickets to the concert were sold out on the same day that TVXQ’s participation was officially announced. Some tickets are sold on Internet auction sites. A staff worker said it is unprecedented for tickets to the festival to be sold out immediately, expressing his astonishment at TVXQ’s popularity.

The hottest hallyu group, TVXQ, begins its fourth tour in Japan  today May 4th. The group will kick off the live tour with a two-day stay in Kobe, which will be followed by a total of 19 concerts in eight major Japanese cities. The concerts are scheduled to mark their fourth album, “The Secret Code,” released in March.
A variety of fun events are planned for the concerts. Secret codes will be hidden throughout the venue and a quiz session will ask audience members to guess the most intimate secrets of TVXQ members. Also TVXQ members will try their hand at speaking different dialects in Japanese.

With the number of official fan club members nearing 100 thousand in Japan alone, tickets to the concerts are selling like hotcakes in various auction sites. Tickets for the Kobe concert are being sold at 160 thousand yen per person and those for the Tokyo Dome concert at 90 thousand yen

The top pop groups of Korea and Japan–DBSK (or TVXQ) and SMAP–have met on a Japanese program.

DBSK on Jan. 29 joined the recording of the popular show “SMAP×SMAP” on Fuji TV, hosted by SMAP. In a friendly atmosphere, the two groups talked and sang together. The program airs next month.

The two top groups had already met last Dec. 31 during an NHK year-end pop festival, the most prestigious of its kind in Japan. The two groups briefly met during rehearsals and DBSK later went to SMAP’s room for a formal greeting.

The Korean group’s appearance on “SMAP×SMAP” is as significant as their first meeting last month.

Japan’s Johnny’s Entertainment manages not only SMAP but many other top notch idol groups including KinKi Kids. It maintains their popularity by having group members host shows on all private broadcasts.

DBSK is also scheduled to appear soon on a Fuji TV show hosted by the KinKi Kids (Domoto Koichi, Domoto Tsuyoshi). The “honeymoon affair” between DBSK and Johnny’s is expected to continue for quite some time. 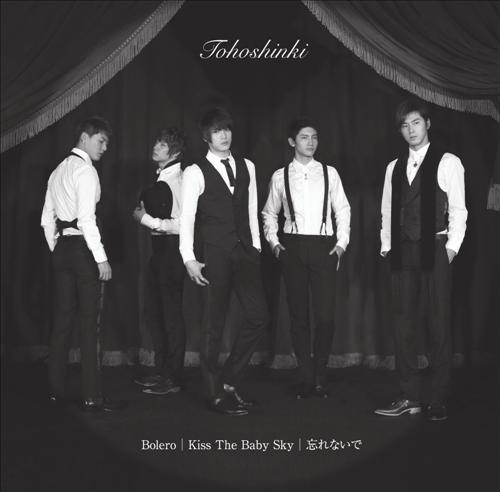 The group’s management agency says the group’s 25th single “Bolero/Kiss The Baby Sky/Don’t Forget Me” topped the charts on its release day Wednesday.

It is the group’s sixth top Oricon daily chart ranking following their 12th single “Summer Dream,” 16th single “Purple Line,” 22nd single “Beautiful You/1000-Yr Love Song,” 23rd single “Why did I get to like you?” and 24th single “MIROTIC.”

The latest single consists of “Bolero,” the main theme of the joint Asian film “Subaru,” “Kiss The Baby Sky” composed by Micky Yoochun and “Don’t Forget Me,” a piece by Hero Jaejoong.

Four of TVXQ’s singles released in Japan last year topped the Oricon weekly charts to make them the foreign artist with the highest record. 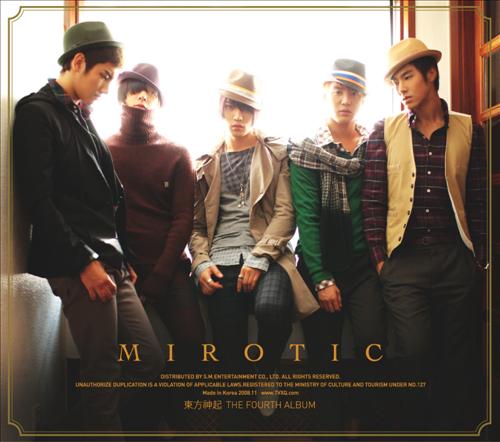 This figure, reached 103 days after the album’s release, is the highest figure of all Korean single albums that were released last year. It’s also the highest in five years since Kim Gun-mo’s 8th album sold 529,416 copies in 2003 (tallied by the Music Industry Association of Korea).

MIROTIC posted 300,000 copies in advance sales even before its release, and the album topped charts in Japan, Taiwan and Thailand. 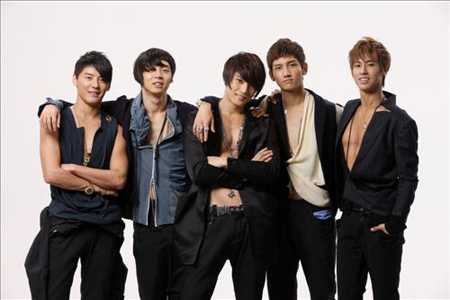 This year, TVXQ! sets a record on Japanese Oricon Weekly Charts for the most number of “First Place” rankings this year.

The group’s 24th single, “MIROTIC,” was released in Japan on October 15th and on the day of its release, the album took first place on Oricon’s Single and Weekly Charts.

MIROTIC is TVXQ!’s fourth single to rank first on the Oricon Weekly Charts, following “Purple Line” (January release), “Beautiful You” (April release), and “How Did I End Up Loving You” (July release).

“This is the first time anyone has ranked first on the Oricon Weekly Singles Chart four times in one year,” said a TVXQ! representative from SM Entertainment agency. He added, “This has never happened with a Japanese singer, let alone a group from overseas, and it proves that TVXQ! has become a top group in Japan, as well.”

MIROTIC is also the title track of TVXQ!’s fourth album in Korea, where the song has also proved to be successful. The title track ranked first place for the past two weeks on SBS TV’s “Popular Music” program and on the weekly charts of the music website, “Dosirak.”